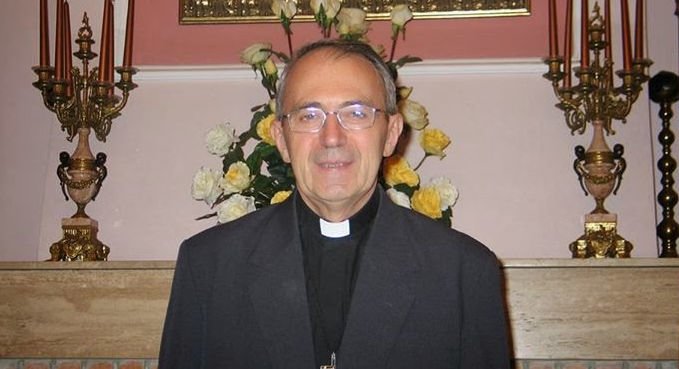 Pastoral reasons that are not very pastoral

The priest of the parish of Espíritu Santo, Área 4, was substituted by order of the bishop of the Diocese of Ciudad del Este, Msgn. Guillermo Steckling, on January 3, 2016. The involvement of Bishop Juan Bautista Gavilán, of the Diocese of Coronel Oviedo, is a significant fact, as he is a friend of the impeached president, prominent member of the left and former priest-bishop, Fernando Lugo.

This parish was one that was least in need of change, especially of the kind ordered by the bishop. Reports prepared by its pastoral and financial council show that it was one of the best in the diocese of Ciudad del Este, and in some ways one of the best in Paraguay.

The church is decorated with spectacular murals which have been declared a national heritage site; in addition, sacred music concerts take place there with accompaniments by masters such as Luis Szarán. Among the cultural events are Mozart´s Requiem, which last year was in its third edition, the Alto Paraná Baroque and liturgical activities during Holy Week.

In his homily, Msgn. Steckling explained that he thought the change convenient, and that it did not refect on the rich charisma of the Community of Saint John, stating that the seminary, the school and the work of the priests of that community would coexist in pastoral cohabitation with the work of the new pastor, a diocesan priest. Nevertheless, the new changes introduced by the incoming pastor, Fr. Darío Britos, are far from encouraging, as he already ordered the tabernacle which sat on the altar to be removed, and he has met with persecutors of the church, among them, the well known agitator Javier Miranda.

The financial and pastoral councils made public a report that details, with explanatory graphics, the income, expenditures, infrastructure investments as well as the total assets for the period 2010 through 2015, a time frame during which Father Kevin Lieberman functioned as a priest and pastor there.

In 2013 an important investment project was made with Centro Educativo San Esteban; for the church this meant (besides the pastoral advantage of being able to work in the catechesis of children starting at a younger age and with new families) a key increase and improvement in administration capabilities and in new construction, through a use and borrow agreement under advantageous financial conditions, in addition to great academic, artistic and cultural benefits.

The agreement signed between the parish, the educational institution and the investment group is long range given the significant amount disbursed to carry out the improvements to the parish facilities. While the agreement is in place there will be no impact on the books as long as the educational institution pays monthly for the use of the parish classrooms, and the church pays, also monthly, the very same amount for the loan granted for its benefit and that of the entire community which, under different catholic movements, performs its spiritual and catechetical activities in those same facilities.

The murals at the Espíritu Santo church were declared part of Paraguay’s national heritage in 2015 through government decree number 430/15. President Horacio Cartes personally attended the induction ceremony and he stressed the importance of the cultural emergence of this area for the country and the role the parish played as leader and promoter of this improvement.

And last, but most definitely not  least in importance, is that under Father Lieberman’s watch the parish secured from Itaipú Binacional, as a donation, the legal use —for a period of fifteen years— of the Teatro del Área 4, which is located on a property adjacent  to the parish. As a means to gauge the type of sound administration and financial growth which we have been talking about, we would point to the recent valuations made by independent experts, who estimate that Espiritu Santo parish, including all its facilities as well as those of the Teatro del Área 4, could be valued at more than seven million US dollars.

The parishioners have expresed their concerns (about the current situation) but the pastor of the diocese has not been receptive. The coordinator of the parochial council, Lidia Benítez, and a member of the finance council, María Fariña, explained that “there is fear the changes which begun with Father Kevin will be discontinued and that there will be regression. We want growth in the cultural activities, in the coming together of parishioners, in the solemnity of the liturgy, in the things that were taking place before this unexpected change.”

In 2010 the Community of Saint John came to the parish and as fruits from these evangelist for peace and happiness baptisms, confirmations and marriages increased. In 2010 there were 125 confessions a week, by 2015 there were 601 confessions per week; today, however, the outlook is heartbreaking.

The solemnity of the liturgy, the respect due to the Eucharist, the Church´s one-hundred per cent availability to tend to the parishioners, as well as the celebration of other sacraments, the cultural and other types of activities, all of these important elements, the things that turned the parish of Espiritu Santo into one of the best in the country, are in grave danger.

The following graphs illustrate the exponential growth, in five short years, of the spiritual fruits of the parish. (Click to see larger image) 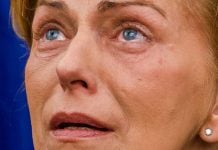 Msgr. Schneider on Medjugorje:  Much of What Has Happened There is Neither Sound nor Catholic 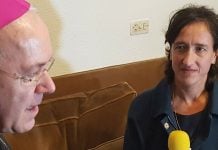 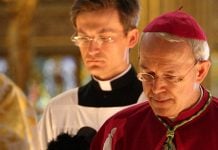 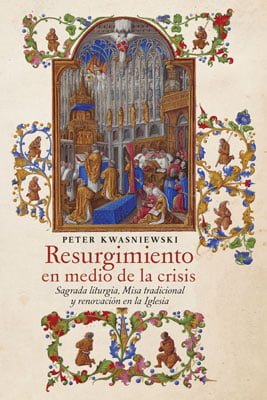 Letter to the editor: a terrible situation in Ciudad del Este